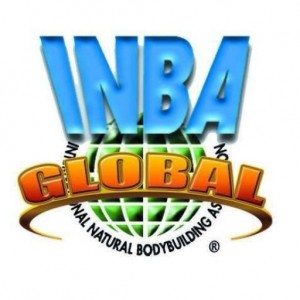 The ABA began as a series of small contests I held in my Southern California gym and today the ABA is the world’s premier natural bodybuilding association holding contests all over the world. This progress was not the result of luck or simply throwing money at the project. It happened because there was a need: thoughtful athletes realized that the drug usage associated with strength training and bodybuilding was contrary to good health, sportsmanship, and the true spirit of athletics. The success of the ABA is directly attributed to the magical combination of great athletes and staff personnel sharing my vision of a world-class bodybuilding association. Of these things we can all be exceedingly proud.

The ABA has its roots in the early contests promoted by Denny Kakos as an outreach for his Mt Olympus Health Spa. The first competition was held in 1977, The Hercules Aphrodites, the Overall Champion was Karl Marshall, who still competes with the ABA today! Denny began his promoting career by holding small competitions in his gym, then later moving them into the city auditorium.

Denny soon began promoting contests under the auspices of the NPC. He promoted the first NPC natural contest, The California Natural Bodybuilding Championships, and it attracted 135 drug-free athletes. It was phenomenal success, and the NPC Chairman awarded Denny a plaque for innovation in natural bodybuilding.

With the popularity of natural contests, and his success as a promoter, Denny wanted to promote an NPC Natural National Qualifier, but the NPC was neither interested nor responsive.

Desiring to establish an association that would truly serve the athletes by promoting big title natural competitions, quality awards, and first-class run contests, and to make it a positive and fun experience for everyone involved. Wally Boyko, Pete Samra, and Denny Kakos formed the Amateur Bodybuilding Association (ABA).  The Motto of the ABA was to “Serve the Natural Athletes.”

A primary founding criterion of the ABA was to avoid discrimination of any sort, and the ABA founders developed the first physically challenged classes – seated and standing. If the ABA didn’t have a class to fit someone, they would create one. To promote the artistic aspects of bodybuilding contests, the ABA encouraged athletes to enhance their evening performance with props, costumes, etc. In this same spirit, the ABA continues to promote the advancement of natural bodybuilding and fitness competitions as both sport and performing art. In addition, the ABA continues to keep membership, contest registration, and sanction fees affordable for everyone.

In 1990 Denny Kakos founded the PNBA (Professional Natural Bodybuilding Association) for the natural athletes that qualified to turn PRO, and to promote Professional level competitions.  With the growth and popularity of Natural Bodybuilding in 1994 Denny Kakos further expanded the organization by founding the INBA (International Natural Bodybuilding Association), this expansion allowed for all Countries to unite as an International Organization that would unify and standardize Natural Bodybuilding around the World (with conditions).  The first official country to join the INBA was New Zealand (Peter Hardwick), followed by Australia (Wayne McDonald). INBA PNBA started to drug test with the highest standards and incorporated the World Anti-Doping Agency (WADA) Labs to create a more even playing field for the athletes.  Proudly INBA PNBA promotes shows all over the world in over 50 countries and growing.

Denny Kakos has registered the PINNACLE OF NATURAL SPORTS, the Natural Olympia Bodybuilding and Fitness Championships which has turned out to be the largest most prestigious competition in the world. WHERE THE BEST OF THE BEST OF NATURAL ATHLETES COME TO COMPETE.  Most recently the INBA added the word GLOBAL to the INBA logo to signify the strength and unity of the now Truly INBA PNBA Global Family.

Denny Kakos has dedicated his life to the sport of Natural Bodybuilding and Fitness, and the Elite Natural Athletes with one goal in mind:  to be someday recognized by the International Olympic Committee (IOC) as a true sport based on fair competition and unbiased judging, a sport which is truly natural and encompasses both the physical and mental beauty of the human being, thus building a foundation for healthy lifestyles and all other sports.